“Joseph Porter bought the next lot in 1802 and put up a building the following year, one half of which was improved as a tin shop and the other as a dwelling. He carried on the tin business prosperously. A few years later he purchased the Hemenway House on Summer Street, to which he removed at once, and also built a shop of a few rods west of it. The first building occupied was sawn in two, the western half part occupied as a dwelling house by his son Horace for many years. When he sold it, it was removed to Brown Street and is now the property of Miss Angie Fernald. Mr. Porter erected the dwelling house afterwards occupied by his daughter Mrs. Clara Hardy."

The dwelling house erected by Mr. Porter was built in 1848. The master builder Beniah Littlefield built the house. The Porter House is built in the Greek Revival style and is similar in design to the Capt. Nathaniel Lord Thompson House at 23 Summer Street, which was built by Littlefield in 1842. Mr. Porter and Capt. Thompson were stepbrothers. Horace Porter lived in the 1848 house until his death in 1864. The house then came into the possession of his daughter, Mrs. Clara Hardy. She lived in the house until 1890. The house was then sold to banker Edward E. Bourne, II, who with his wife owned the house until 1910. The house was then purchased by hardware merchant Henry Lunge whose family owned the house until 1952, when it was purchased by the Kennebunk, Kennebunkport and Wells Water District. The Porter House was placed on the National Register of Historic Places for the State of Maine in June 1974. It is also located in Kennebunk’s National Historic District. The Porter House continues to be the headquarters for the Water District which maintains its historic integrity, making it one of the most significant historical landmarks of Kennebunk’s Main Street. 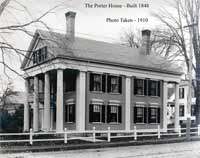 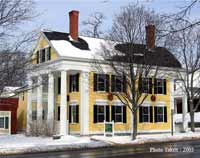 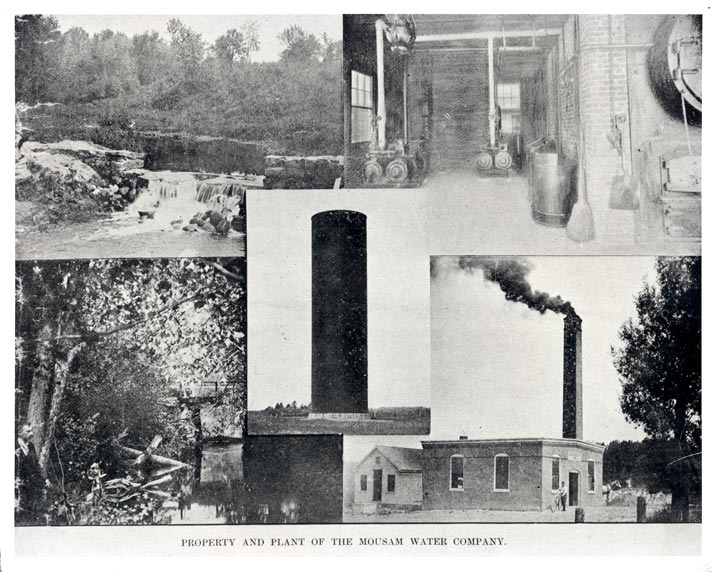 Paul Welch worked for the District from 1916 to 1961 (that’s right, 45 years). In the photograph from the following link, he is working on the 6″ water main installation along the New Biddeford Road in Goose Rocks Beach in 1936. The piece of pipe he is carrying weighs about 120 lbs.